“THE HIGHEST FORM OF HUMAN INTELLIGENCE IS THE ABILITY TO OBSERVE WITHOUT JUDGING.”

why we need both…

Many years ago I attended my first NVC (Nonviolent Communication) seminar. It was a 2 1/2 day workshop in which I came into contact with the 4-step model of Marshal B. Rosenberg’s 4-step model. That was the beginning of a long journey with a lot of struggle to understand language and impact.

DEFINITION FROM THE PERSPECTIVE OF NONVIOLENT COMMUNICATION

The first step of the model is about observation. Nonviolent Communication describes an observation as something we can perceive with our senses. And here the comparison with the filming of a camera is often used. The footage lets us hear and see what happened. No more and no less.

In the film “127 Hours” there is the scene where the main character cuts off his own hand. If we don’t finish watching the film and report on the scene later, there would certainly be some evaluations in our narrative like “he’s not ticking right” or “he’s crazy – mutilating himself”.
With the observations we have, we cannot say how the protagonist “ticks” or how he mutilates himself.

In the film, it turns out that the protagonist had to make a decision with high consequences: die or lose his hand. In this case, we might interpret the behaviour differently.

EVALUATIONS ARE NOT FREE OF VIOLENCE

The first weeks after the seminar were enlightening, exhausting and at the time made me feel very insecure. I heard evaluations everywhere and realised that my language was also peppered with evaluations and for a while I did not know how to express myself. Today I see the cause of my insecurity in my evaluation of the 4-step model. I had classified the distinction between observation and evaluation for me in such a way that any evaluation was not non-violent and therefore bad.

Today I see it differently. Both assessments and observations are helpful. It depends, as so often, on the context.

To survive, we need our ability to evaluate – in the shortest possible time. If I am driving a car and dress my braking behaviour in observations, then I probably cannot react quickly enough.

However, if I want to have conversations where I am concerned about how my counterpart will react, then discernment again becomes very significant. If I say to my colleague, “You’re always late” – then the colleague will probably strongly reject this and possibly react like, “That’s not true at all.” And there we are in the discussion about who is right. In this context, making an observation: “Last week I waited for you 3 times after our agreed time” could help to find common solutions.

And because we have little control over how our words are interpreted by our interlocutor, saying “No, that’s not true at all” is a valuable indicator that an assessment has been heard and we can translate the assessment into a movie-like observation.

THE OBJECTIVITY OF OBSERVATIONS

Lastly, I would like to dispel the misconception that observations are objective. I believe that no camera shot could ever be objective. The person holding the camera determines the detail of the image we see. The story of the blind men examining an elephant to understand what it is. Each of them describes a part of the elephant – and are all right with their different descriptions.

The difficulty of separating observations and evaluations can create or reinforce enemy images. We see only parts of the picture and assume the whole truth behind it.

Moreover, self-fulfilling prophecies can arise, which is well described by the Pygmalion effect.
The American psychologists Robert Rosenthal and Lenore Jacobson were able to observe the effect of self-fulfilling prophecy as early as the 1960s. To this end, they conducted a study at American primary schools.
The scientists randomly selected some pupils and told the teachers that these children were particularly gifted and that a great increase in performance could be expected in the near future. Tests after one year showed that exactly these randomly selected pupils were able to increase their performance much more than the control group.
The teachers’ expectations influenced their behaviour towards these pupils, for example through higher demands and more frequent use of praise and reprimand, in such a way that the scientists’ prophecy came true.

So with Nonviolent Communication, it’s not about stopping judging. Rather, it is about being mindful of when it is helpful and when it is less helpful. And if we do judge and pigeonhole others… – then it is helpful to leave the pigeonholes we put others in wide open so that they can come out again. 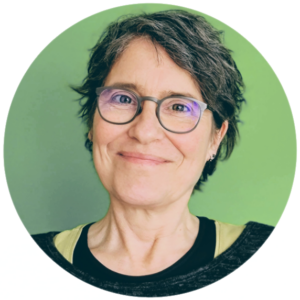